Montgomery Sports Management invited to  bat first could only post a total of 65 runs their first innings of 10 over, Chasing down the 1st Innings score Nepali Rhinos posted 72 runs on the board taking 7 runs lead in their 1st Innings.

Nepali Rhinos chased down the target of 44 runs in just 7 over with the loss of 3 wickets.

In the batting department Subash Khakurel scored 49 runs along with Rakesh Karn 20 runs.  Sharad Veswakar scored 19 and West Indies Cricketer Shawn Findlay managing to score 8 runs.  Captain Paras Khadka  made 15 not out  and finished the match in a style with a  SIX.

Managing to stop MSM AT 144/8, Captain Paras Khadka and Basant Regmi took 1 wicket each and  West Indies Cricketer Shawn Findlay taking 2 crucial wickets. Sompal Kami dominating the proceedings from the beginning taking  3 wickets, with 2 wickets coming in the same over.

Winner of this Tournament will win a Mitsubishi Car along with 60,000 USD. 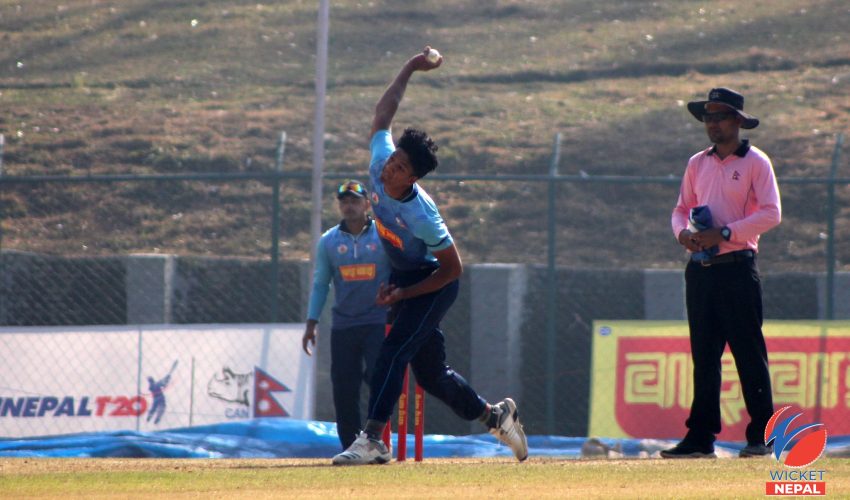